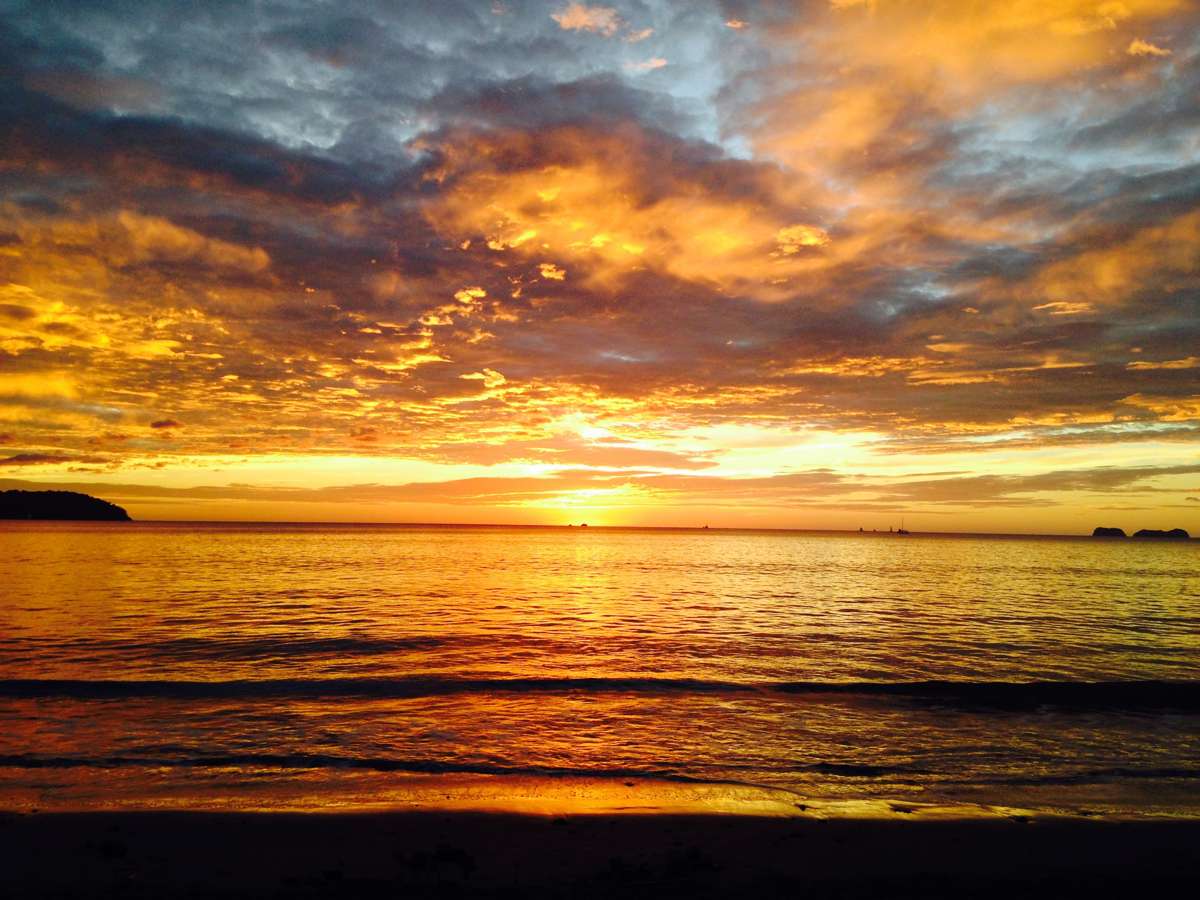 John Locke imagined what would happen if a prince’s mind had been transported into a shoemaker’s body by replacing the shoemaker’s mind. On the outside it would look like a shoemaker, but the inner feeling would be the prince, ”For should the soul of a prince, carrying with it the consciousness of the prince’s past life, enter and inform the body of a cobbler, as soon as deserted by his own soul, every one sees he would be the same person with the prince, accountable only for the prince’s actions.” (Locke and Winkler 1996, 142) For Locke, the shoemaker would be the prince only on condition that all the experiences of the past, that is, his autobiographical memory, be preserved during the transfer of mind. Thus, Locke sees autobiographical memory as the most important aspect of personality, which is very relevant for assessing Hari’s status in Solaris. At first, Hari does not seem to have an autobiographical memory (“You know, I have the feeling as if I’ve forgotten something.”), So he fails the personality test of Locke’s. Kelvin concludes that she can not be a human person and eliminates her. His action is representative of a culture of personal repression, and according to Berton’s warning at the beginning of the film, that Kelvin is shown more than willing to destroy what he does not understand. (Tumanov 2016)

But Kelvin has the chance to re-evaluate Hari at its second iteration. The new Hari begins to accumulate the autobiographical memory imposed by Locke, merging in a way with Kelvin because it is an emanation of his mind. This paradigm of “memory outsourcing” can be developed based on Derek Parfit’s attempt to expand the Lockean personification concept:

” There are several ways to extend the experience-memory criterion so as to cover such cases. I shall appeal to the concept of an overlapping chain of experience-memories. Let us say that, between X today and Y twenty years ago, there are direct memory connections if X can now remember having some of the experiences that Y had twenty years ago. On Locke’s view, only this makes X and Y one and the same person. But even if there are no such direct memory connections, there may be continuity of memory between X now and Y twenty years ago. This would be so if between X now and Y at that time there has been an overlapping chain of direct memories. In the case of most adults, there would be such a chain. In each day within the last twenty years, most of these people remembered some of their experiences on the previous day. On the revised version of Locke’s view, some present person X is the same as some past person Y if there is between them continuity of memory.” (Parfit 1984, 205)

Tumanov states that in Solaris we have such a chain of memory that overlaps with Hari, because he remembers Kelvin. Hari even managed to recall a conflict with Kelvin’s mother, a fragment taken from Kelvin’s memory: “II remember how we were having tea, and then she threw me out. I got up and left. And then what happened?” The last question indicates that the borrowed autobiographical memory is still incomplete, but it exists.

In a study by Nina Strohminger and Shaun Nichols, they concluded that modifying a person’s moral base – rather memory loss – is the most important feature of losing identity. (Strohminger and Nichols 2014, 161) The authors call this “moral self hypothesis” and propose it as a model of how people perceive the nucleus of autonomy in others. In Hari’s case, Tumanov argue that his “moral self”, identical to that of Kelvin’s ex-wife, is very clearly defined.

Parfit synthesizes personal identity as a complex phenomenon: “personal identity over time just consists […] in various kinds of psychological continuity, of memory, character, intention, and the like.” (Parfit 1984, 227) Thus, Kelvin discovers that Hari is an empty reply, but a person with moral and emotional qualities like any human being.

Over time, Hari’s reply becomes a totally new person: “I am not Hari. That Hari is dead.” But the psychological continuity of the new Hari captivates him and convinces Kelvin of her personality when she tries to commit suicide with liquid oxygen and then comes back to life with horrible pain, Kelvin says, “You used to resemble Hari. But now you-and not her-are the real Hari.” The episode of oxygen suicide illustrates the prime role of suffering in the process of determining Hari’s personality.

For Sartorius, however, Hari’s non-biological non-human structure disqualifies her. He expresses the ethical view that he is free to experiment with the “guests” of the station in search of knowledge. the justification of these actions comes from the belief that he does not experience real people or animals, but the appearance of the child’s figure trying to escape from the lab evokes Berton’s claim to value or morality in search of knowledge. (Duffy 2003) Kelvin’s warning, “you’d better leave, you’re too impressionable” suggests that such considerations are not being met at this station. Tarkovsky noted that “Man’s unending quest for knowledge, given him gratuitously, is a source of great tension, for it brings with it constant anxiety, hardship, grief and disappointment”” (Andrey Tarkovsky 1996, 198) Snaut adds that the neutrino systems of which his body is composed are unstable, an affirmation of symbolic significance, equivalent to denying Hari’s personality.

Stability of character is important for personal identity. Without stability, Kelvin’s two colleagues suggest that Hari can be destroyed as an object. The correctness of Kelvin’s intuition is also demonstrated by the famous inductive reasoning test of the duck[1]: “If it looks like a duck, swims like a duck, and quacks like a duck, then it probably is a duck.” Unlike the dwarf of Sartorius who fails to pass the duck test of humanity. And as in the case of Snaut.

Thed reductionism is part of a movement in the philosophy of mind that contradicts Cartesian dualism. René Descartes claims that human beings possess a soul (or mind in modern terms) quite separate and qualitatively different from the body: “From the very fact that we conceive vividly and clearly the natures of the body and the soul as different, we know that in reality they are different, and consequently that the soul can think without the body.” (Descartes 1984, 99)

Unlike Cartesian dualism, which claims that human beings have a separate and qualitative soul (or mind) different from the body, reductionism is based on the hypothesis that the soul/mind can be reduced to the body, that is, the brain produces the mind, so the soul cannot ” think without body “. (Tumanov 2016) Functionalists – including Hilary Putnam – are trying to save the elements of Cartesian dualism in the context of modern materialism, (Putnam 1975, 436) attempting to maintain the materialistic basis of reductionism without accepting the latter’s claim to a correlation between physical and mental, challenging the pain problem with the idea that mental states can be reduced to the states of the brain

From this point of view, Sartorius is a reductionist, considering only Hari’s neutrinos structure. Putnam’s position, however, known as multiple realizability – the notion that no matter how pain is done, regardless of the physical structures or processes in which the person suffers, the experience of pain shows the existence of a mental constitution. (Putnam 1975, 436) Practically, in the confrontation between Kelvin and Sartorius about Hari’s pain, we have a dramatic debate between reductionism and functionalism with ethical foundations.

Descartes considered animals lacking souls and, therefore, the ability to truly experience pain or suffering. He saw them as automatic machines and even made vivisecations – of the type Sartorius suggests to Kelvin to interpret Hari: “I do not explain the feeling of pain without reference to the soul. For in my view pain exists only in the understanding. What I do explain is all the external movements which accompany this feeling in us; in animals it is these movements which occur, and not pain in the strict sense.” (Descartes 1984, 148) Descartes was a dualist only in terms of people. For animals, he was a full reductionist.

In the library scene, after witnessing the tension and hostility of the three men in the library, and heard Sartorius accusing Kelvin of neglecting science for her, Hari offers the central discourse of the film:

” Hari: I think that Kris Kelvin is more consistent than both of you. In inhuman conditions, he has behaved humanely. And you act as if none of this concerns you, and consider your guests – it seems that’s what you call us – something external, a hindrance. But it’s a part of you. It’s your conscience. And Kris loves me. Maybe it’s not me he loves, but he’s simply protecting himself. He wants me alive. That’s not the point. It doesn’t matter why man loves. It’s different for everyone. It’s not Kris. It’s you. I hate you all.

” Sartorius: I would ask you…

” Hari: Please don’t interrupt me. I’m a woman, after all.

” Sartorius: You’re not a woman and you’re not a human being. Understand that, if you’re capable of understanding anything. There is no Hari. She’s dead. You’re just a reproduction, a mechanical reproduction. A copy. A matrix.

Hari passes the duck test in the library, convincing the spectators. Here, Sartorius seems to be a Cartesian machine. Snoot oscillates between Hari’s scientific rejection and emotional acceptance, demonstrating the dilemma inherent in the human condition, between the pure emotion and the theories we build.

Snaut’s monologue is the culmination of the final stage of the library:

The notion of a mirror is the significant element in the use of Tarkovski’s heterotopic model. As part of the station, the library not only allows Tarkovsky to present the audience with a framework that avoids exotics, but also states the use of the heterotopic model in the film. The library is the alternative to the discourse of the reductive scientific reasoning that governs the rest of the discourse. (Duffy 2003) As a site that opens the discourse realm of imagination and alternative models of “reality,” the library is at the same time the focal point of the contest between the “truth” representations. As many critics have highlighted, the scene of the film library is largely Tarkovsky’s creation. (Vida and Graham 1994)

Lefanu states that “Tarkovsky, of course, is intent on showing us the mirror – like the interdependence of earth and space – in the last resort one and the same location, filtered through the human imagination.” (Fanu 1987, 61) As states Duffy, the possibility of being in the heterotopic space gives us the ability to look back from the distance, the true inversion of panoptic vision. Green says the planetary ocean is the one that gives us the device that will allow us to look directly at our own beliefs in humanity. The mandate of the heterotopic device is to provide this “glass” or “mirror”, which allows us to see what is often hidden from our eyes by our inability to recognize the obvious. (Duffy 2003)

[1] The test of the duck implies that a person can identify an unknown subject by observing the usual features of the subject. It is sometimes used to counter brutal or even valid arguments that something is not what it seems to be.

(Open-pit gold mine near Rosia Montana, Alba, Romania, part of the gold mines targeted by...

The arguments in favor of speciesism are based mainly on religious beliefs, anthropocentric philosophical conceptions... 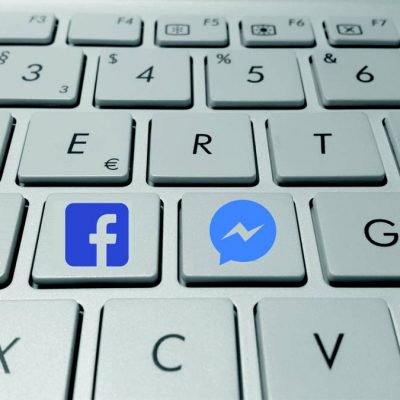 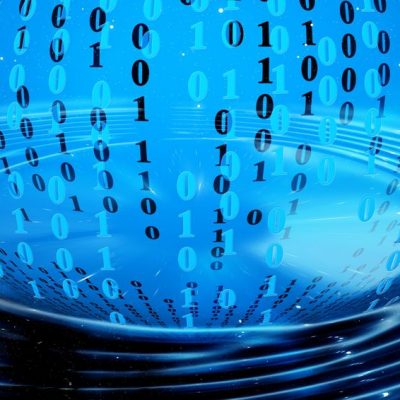