In ancient times the most common form of advertising was “word of mouth”. However, commercial messages and election campaign displays were found in the ruins of Pompeii. Egyptians used papyrus to create sales messages and wall posters. Lost-and-found advertising on papyrus was common in Greece and Rome. Wall or rock painting for commercial advertising is another manifestation of an ancient media advertising form which is present to this day in many parts of Asia, Africa, and South America. For instance, tradition of wall paintings may be traced back to India rock-art paintings that goes back to 4000 BC, see Bhatia 2000: 62-68 on the evolution of wall advertising. As printing developed in the 15th and 16th century, advertising expanded to include handbills. In the 17th century advertisements started to appear in weekly newspapers in England.

As the economy was expanding during the 19th century, the need for advertising grew at the same pace. In America, the classified ads became popular, filling pages of newspapers with small print messages promoting all kinds of goods. The success of this advertising format led to the growth of mail-order advertising. In 1843 the first advertising agency was established by Volney Palmer in Philadelphia. At first the agencies were just brokers for ad space in newspapers, but by the 20th century, advertising agencies started to take over responsibility for the content as well.

The 1960s saw advertising transform into a modern, more scientific approach in which creativity was allowed to shine, producing unexpected messages that made advertisements interesting to read. The Volkswagen ad campaign featuring such headlines as “Think Small” and “Lemon” ushered in the era of modern advertising by promoting a “position” or “unique selling proposition” designed to associate each brand with a specific idea in the reader or viewer’s mind.

Today, advertising is evolving even further, with “guerrilla” promotions that involve unusual approaches such as staged encounters in public places, giveaways of products such as cars that are covered with brand messages, and interactive advertising where the viewer can respond to become part of the advertising message.

A print advertisement for the 1913 issue of the Encyclopædia Britannica

Brands in the field of marketing originated in the 19th century with the advent of...

Contextual advertising is the term applied to advertisements appearing on websites which ads are served... 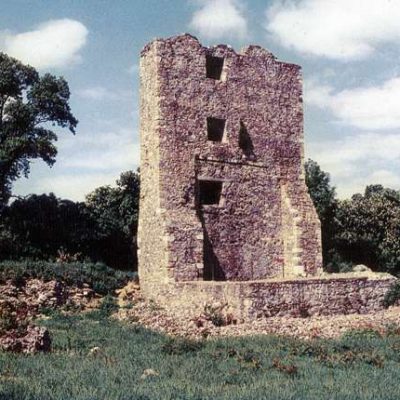