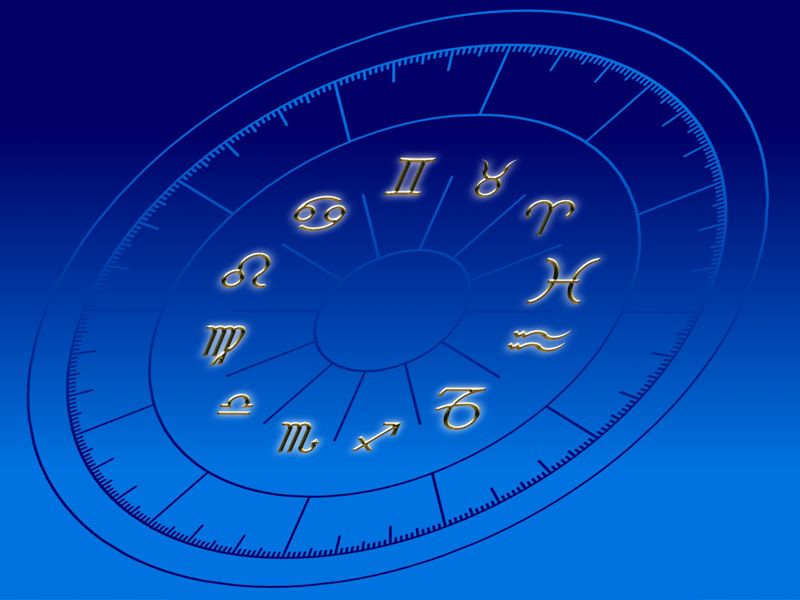 Astrology is a set of traditions and beliefs that argues that the position of the planets in the solar system provides information to analyze or predict collective or individual human events.

The popular use of the term generally refers to Western astrology.

Its popular versions are the horoscopes from magazines or affinities of the zodiac signs. They are generally regarded as distant and distorted history echoes of astrology, but they remain the most common expression of it.

Scientists consider astrology as a pseudoscience or superstition, all the research conducted since the late nineteenth century leading to the refutation of the claims of the discipline.

Faced with these considerations, the defenders of astrology tend to reduce the deterministic nature. According to some astrologers, their discipline was not even the primary goal to predict future, astrology can be a way of including personal development.

The beliefs associated with astrology remain popular. A survey conducted in North America and Britain shows that one in four believes that “the position of the stars and planets can affect a person’s life.”

Astrology covers the early twenty-first century practices and very different approaches to the point that it is more accurate to speak of a plural, astrologies. There are many schools: psychological astrology, conditionalist astrology, karmic astrology, humanistic astrology, etc ..

These astrological practices differ both in their symbolic, the techniques used, and according to the objects or areas to which they are applied, whether eg psychology, or as a forecasting technique, politics, scholarship, medicine or still in the course of the world (world astrology). The symbolism of the stars and their movements is very flexible and can change depending on the context and the school of the astrologer. Each object has its own symbolic and sometimes specific techniques.

The most fashionable astrology in the West are the astrologies based on the solar calendar, and Chinese astrology based on the Chinese calendar. It has spread to Western Europe in the late 1970s.

If its core practice is the establishment of a chart, Western astrology is constantly changing, which induces a number of divergences between astrologers. These differences existed from traditional times, inter alia on the different methods for calculating the positions of the houses, and referring especially to different schools of interpretation.

In the twentieth century, astrology is experiencing a resurgence of interest with a new approach. Engineers, psychologists and statisticians address this discipline using a statistical approach.

Today, we can divide Western astrology into three branches:

These practices are now all open to criticism and controversy. Despite the scientific appearance that could give an appearing use of complicated calculations, the accuracy of birth dates (time, geography …) and the almost systematic use of computers, astrology is considered a pseudo science (or superstition) by the scientific community.