The philosophy of culture is a philosophy that formulates cultural theories, expresses distance from traditional conceptions and reflects cultural phenomena. It developed around the turn of the 19th and 20th centuries. Century in the context of social and political changes in the pre-war- and post-war period of the First World War. On the occasion of the millions of deaths and an all-round loss of norms, intellectuals presented the culture-bearing theories of idealistic philosophies, especially those of Hegel and Kant, questioned or rejected them. Today, philosophy of culture is again emerging in the 1980s cultural studies. Its representatives distance themselves from the limitation of their science to a school science of philosophy.

Culture as a joint activity

Some cultural critics of this time (including Oswald Spengler ) saw the end of culture. The majority represented a critical program of idealism and thus tied in with ideas of the 19th century. This program wanted to initiate the reform of philosophical thought: philosophical theories were to be adapted to the needs of people and the scientific demands of the time. The view was passed that culture was a structure of different “realms of being” which consisted of qualified products of the arts and sciences. The use of these products, it was claimed, gave rise to “people of culture”.

The events of the war and the preceding and subsequent socio-political changes made this idea no longer universally valid. At the beginning of the 20th century, cultural philosophers began to regard culture as a common task for all people. The changing products and structures of joint action were now regarded as forms of expression of culture. Culture was viewed as a dynamic structure, as “an ensemble of interactions” that people produce together and that serves the individual to orientate himself in life. The “peculiar reciprocal relationship” between the individual and the community is culture. “Your salary for us only exists in that it (what has been created together) is constantly appropriated anew and thus always created anew.” (Ernst Cassirer, The tragedy of culture, 1942) .

The changeover to this functional (positivistic) way of thinking about culture shapes the self-image of cultural philosophy and is reflected in theories that have an innovative effect on cultural studies. A characteristic feature is the critical reflection on cultural phenomena, as it was called for in connection with ideas from the first half of the 20th century after the Second World War (including Arendt , Horkheimer , Marcuse ).

Sketch of a cultural upheaval

Times of “upheaval” are of cultural-philosophical or cultural-scientific interest. Cultural philosophers and cultural scientists have repeatedly addressed and examined the phenomena of the period of upheaval, or the ‘caesura’ of the 19th and 20th centuries until today.

The last third of the 19th century was marked by internal and external political changes. The majority of people thought and felt politically nationalistic. They followed a popular philosophy, which was influenced by variations of Kantian, Hegelian and romantic ideas depending on inclination and denominational ties.

New scientific working methods and theories that rejected metaphysics and also questioned the classical world view of physics, such as B. Ernst Mach, became a problem for universities. They questioned the self-evident belief that truths can be found by empirical and metaphysical means. The relativity of research results, which, as many assumed, excluded Kant’s transcendental philosophy, became a natural, scientific basis for the natural sciences.

This had consequences in the humanities. While Ranke still believed that world history was moving towards a higher and ultimately harmonious order willed by God, his imitators (epigones) operated in the humanities faculties with a rather secularized concept of power. At the end of the story, the victory of the most capable nations should be in the struggle for survival.

The cultural philosopher and historian Karl Lamprecht looked for laws of historical development and advocated a concept that came close to that of French and English positivism. The neo-Kantians also indicated a departure from old certainties. Heinrich Rickert, Georg Simmel, Max Weber, and Georg Jellinek advocated scientific value relativism. The suspicion grew that knowledge depends on the viewpoint of the observer and that absolute truths elude people.

Marxist ideas pushed through the walls of the university and made intellectual struggle inevitable. Gustav Schmoller, Lujo Brentano and Adolf Wagner were looking for a way between classic economic liberalism and Marxism and met with historians and lawyers for discussion. The challenge posed by Marxism is believed to have fueled the rise of sociology.

What was said was not disseminated until it was reproduced in newspapers, magazines, books and brochures. If the opinions became too liberal, the sanctions of the state authority were available and were mobilized for illiberal purposes.

Historians characterize the First World War today as the end of an era that was characterized by the socio-political power and the ideologies associated with it.

Reactions after the war

Intellectuals associate the attitude towards life and thinking before, during and after the war with terms such as ‘Disappearance of familiarity’ (Max Weber), ‘Crisis of the Spirit’ (Paul Valéry), ‘God forsaken world’ (Georg Lukács), ‘Loss of the old world of ideas’, ‘Fall of the Occident’ ( Oswald Spengler ), ‘Transcendental homelessness’ ( Neo-Kantians ).

Personal things are also noted: Georg Simmel explains that his generation stands on an abyss between yesterday and tomorrow, between metaphysics or idealism and a still unknown philosophy that will create a new person. Paul Valery feels unable to describe the current state of Europe. We have experienced, according to Valery, that our culture is going under: Europe “has felt in all of its nerve centers that it no longer recognizes itself, that it has ceased to resemble itself, that it loses consciousness of itself “. The ideas before the war have become useless. War veterans refer to “the idea of ​​taking up arms” as the triumph of fools “and warn that dogmatists in every direction pose a constant threat of war. In the first post-war years, Konersmann said of the reactions, “a polyphonic crisis rhetoric becomes audible, which in retrospect, in addition to the drastic nature of individual formulations, is surprising.”

“The radical nature and peculiarity of cultural philosophy can only be understood,” continues Konersmann, “if one understands them as an intellectual reaction to this shock and as a challenge for philosophy and science.”Hochkeppel sees the lamented cultural decline as a rejection of the idea of ​​truth in science.

Cultural theories corresponded to the prevailing understanding of science in the 19th and 20th centuries. Century that intellectuals – humanities scholars and philosophers – occupied themselves with how the “tragedy of culture” or ” the fall of the west ” should be explained, and how people can prepare for such events in the future. Cultural theories were developed which, on the one hand, emphasized the character of decline and, on the other hand, emphasized the chances of a new cultural beginning. They have the character of “world views”. Concepts of truth had had their day in the face of the cultural crisis.

Theories of philosophy of life

Some of the publications that sought answers are from authors who are referred to as proponents of the philosophy of life. In contrast to idealism, they replaced “spirit” and “reason” with “life”. Life, they asserted, is the supporting and encompassing principle of culture and individual consciousness. Life is only tangible and evades any explanation through rationalistic thinking. In “Downfall of the Occident“, Spengler creates an arationalistic view of the world based on these assumptions, which is an alternative to the reason of the Enlightenment. He exposed himself to the charge of philosophizing irrationally and disqualified himself as a conversation partner for many contemporaries. Spengler projects culture as an organism, in whose metamorphosis or transformation processes take place that fatefully involve the individual.

Simmel (The concept and the tragedy of culture, 1919) starts from individual life in order to illustrate cultural processes and future developments. From his point of view, culture is laid out in the “germinal forces of personality” and determines within the framework of “this ideal plan” the cultural characteristics of the individual and the community. Albert Schweitzer, self-taught cultural philosopher, regards culture as a spiritual and moral phenomenon that is based on the ‘mystical bond’ with all living things. This vital fact characterizes the attitude towards life and, together with Christian ideas, serves a worldview which, for him, should establish a cultural ‘total worldview’ beyond convictions. (Sabine Pohl, Albert Schweitzers Ethik als Kulturphilosophie, 2014)

The end of idealism, determined by cultural philosophy, opened the philosophical discourse for materialistic views on culture. It is necessary to forego solutions that were intended for problems of the past, wrote Antonio Gramsci in his prison notebooks in the early 1930s. He designed a philosophy of culture for the society-changing practice, which should not only be good for intellectuals, but also for the “simple” people. “Truths” that have already been discovered, such as those offered by idealism, must be viewed critically, ie consciously, replaced by new solutions and used for social changes. The result of this process could become the future basis for common thinking and acting. People would have to learn by criticizing their everyday understanding to think “uniformly” and “coherently” and in this way to give their own actions a conscious direction through philosophizing. For philosophy students he wrote that “an introduction to the study of philosophy must summarize the problems”.

In 1937 Herbert Marcuse saw the traditional culture of idealism as the successor to philosophizing that was only concerned with itself and spiritual ideas. He stated that idealism had given up the original claim of ancient philosophy to serve practice. In the course of history he lost interest in the material world. A “culture … of the spirit” has developed which is essentially different from the actual world. The individual was expected to fully accept the spiritual world by realizing it from within without changing the actual world. Instead of being implemented in practical life – which had been tried unsuccessfully – the reception of the values ​​of this world becomes “an act of celebration and elevation”. It is obvious that this culture – like any culture – is ephemeral. Her downfall is burdened with pain, grief and suffering. The elimination of the affirmative culture will bring about a new culture, accompanied by individuality and reality. 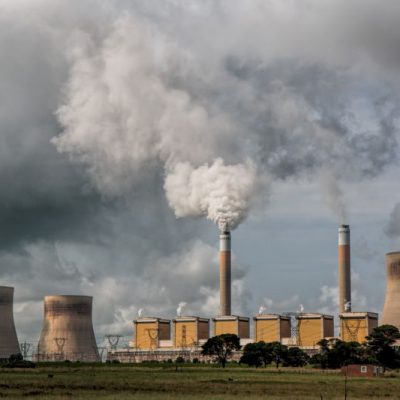 Cultural ecology is, in anthropology, a theory that studies the relationship between human societies and...