According to the 2002 census, Romania has a population of 21,680,974 inhabitants, it is expected that in the years to register a slight decrease of the population due to negative natural increase. The main ethnic group is formed by Romanians in Romania. They are, according to the 2002 census, 89.5% of the total population. After the Romanian ethnic community, the next important is the Hungarians, representing 6.6% of the population, or an estimated 1.4 million citizens. According to the official data, in Romania there are 535,250 Roma. Other important communities are those of the Germans, Ukrainians, Lipovans, Turks, Tatars, Serbs, Slovaks, Bulgarians, Croats, Greeks, Ruthenians, Jews, Czechs, Poles, Italians and Armenians. Of the 745,421 Germans in Romania in 1930, now were remaining approximately 60,000. Also in 1924, during the Kingdom of Romania, there were 796,056 of Hebrew, but in the 2002 census were numbered 6179.

The number of people with ancestors born in Romania and living abroad is about 12 millions. Shortly after the revolution of 1989, Romania”s population was over 23 million inhabitants. But since 1991, it entered a gradual downward trend, currently reaching about 21 million inhabitants. This is due to free movement in states outside Romania, but also to the low birthrate.

The official language of Romania is Romanian, which belongs to the group of Eastern Romance languages and is related to Italian, French, Spanish, Portuguese, Catalan and, further, with most European languages. Romanian is the language with the largest number of native speakers representing 91% of total population, followed by the languages of the two main ethnic minorities, Hungarians and Roma. Thus, Hungarian is spoken by a rate of 6.7% and 1.1% respectively Romans, of the total population. By the ”90s, in Romania there was a large German-speaking community, represented mostly by the Saxons. Although most of the members of this community emigrated to Germany, they remained present in a significant number of 45,000 native German speakers in Romania. In localities where a given ethnic minority represents more than 20% of the population, that minority language can be used in public administration and the judiciary. English and French are the main foreign languages taught in schools in Romania. English is spoken by a total of 5 million while Romanian French about 4-5 million, and German, Italian and Spanish 1-2 million each. In the past, French was the most popular foreign language in Romania, but recently, English tends to gain ground. Usually connoisseurs of English are particularly young. However, Romania is a full member of La Francophonie, and in 2006 this organization hosted a major summit in Bucharest. German was taught mainly in Transylvania, due to traditions that have been preserved in this region during the Austro-Hungarian domination.

Materials translated and adapted by Nicolae Sfetcu from the Wikipedia under the GNU Free Documentation License. 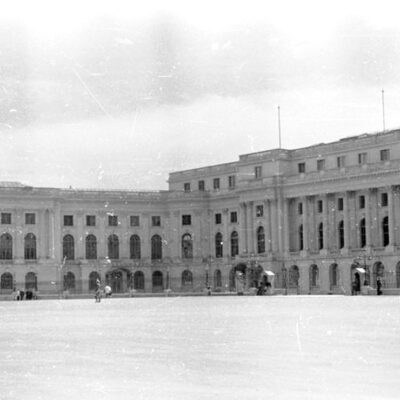