TALLAHASSEE, Fla.— The Center for Biological Diversity filed a formal notice of intent to sue the U.S. Fish and Wildlife Service today for the agency’s failure to protect the eastern diamondback rattlesnake under the Endangered Species Act. Eastern diamondbacks are in steep decline because of habitat destruction and human persecution.

“Eastern diamondbacks are rapidly disappearing all across the southeastern United States, and in some states they’ve more or less vanished. At this point, the only thing that’s going to save them is Endangered Species Act protection,” said the Center’s reptile-and-amphibian specialist, Collette Adkins Giese.

The eastern diamondback was once abundant in longleaf pine forests across the Southeast, but only 2 percent to 3 percent of the snake’s original habitat remains. Because the snakes are habitat specialists that depend on pine and other open-canopy forests, habitat destruction and fragmentation are the principal cause of their decline.

Exploitation by humans is also having a severe impact on remaining eastern diamondback populations. Thousands of the snakes are killed each year for their skins and meat, with no harvest limits, in South Carolina, Georgia, Florida, Mississippi, Alabama and Louisiana. And in Alabama and Georgia, eastern diamondbacks are targeted by “rattlesnake roundups” — cruel contests that offer prizes to encourage hunters to collect the imperiled snakes, which are then slaughtered and sold for their skin and meat.

To address these threats, the Center — along with snake expert Dr. Bruce Means and the conservation groups Protect All Living Species and One More Generation — filed a 2011 petition seeking to add the diamondback to the list of species protected under the Endangered Species Act. In response, on May 10, 2012, the Fish and Wildlife Service found that listing may be warranted and initiated a full status review. The agency’s final decision was due August 22, 2012. The lawsuit launched today seeks to speed that overdue decision and expedite federal protection for the snake.

“Endangered Species Act protection would put an end to the slaughter of these imperiled, misunderstood snakes and bring more protection to the vanishing longleaf pine ecosystem that diamondbacks depend on,” said Adkins Giese. “The Southeast is blessed with a rich natural heritage of animals and plants. All of these species — even the rattlesnakes — should be allowed to exist.”

Background
Eastern diamondbacks are the largest rattlesnakes in the world. Adults are typically 4 to 5 feet long and weigh 4 to 5 pounds, but a big snake can reach 6 feet in length and weigh 12 pounds or more. They’re distinguished from other snakes by their large size, pattern of diamonds on their backs, dark tails with rattles and an infrared-sensitive pit between the eye and nostril.

Despite being venomous, eastern diamondback rattlesnakes pose little public safety risk. More people are killed every year by lightning strikes and bee stings. Those most likely to be bitten are snake handlers who either keep venomous snakes in captivity or work with them professionally. Nevertheless, malicious killings by those who perceive the snakes as a threat continue to contribute to its decline.

Scientific studies over the past decade have documented range-wide population declines and significant range contractions for the eastern diamondback:

The Center for Biological Diversity is a national, nonprofit conservation organization with more than 450,000 members and online activists dedicated to the protection of endangered species and wild places. 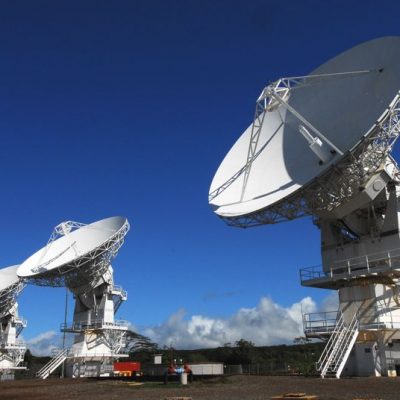